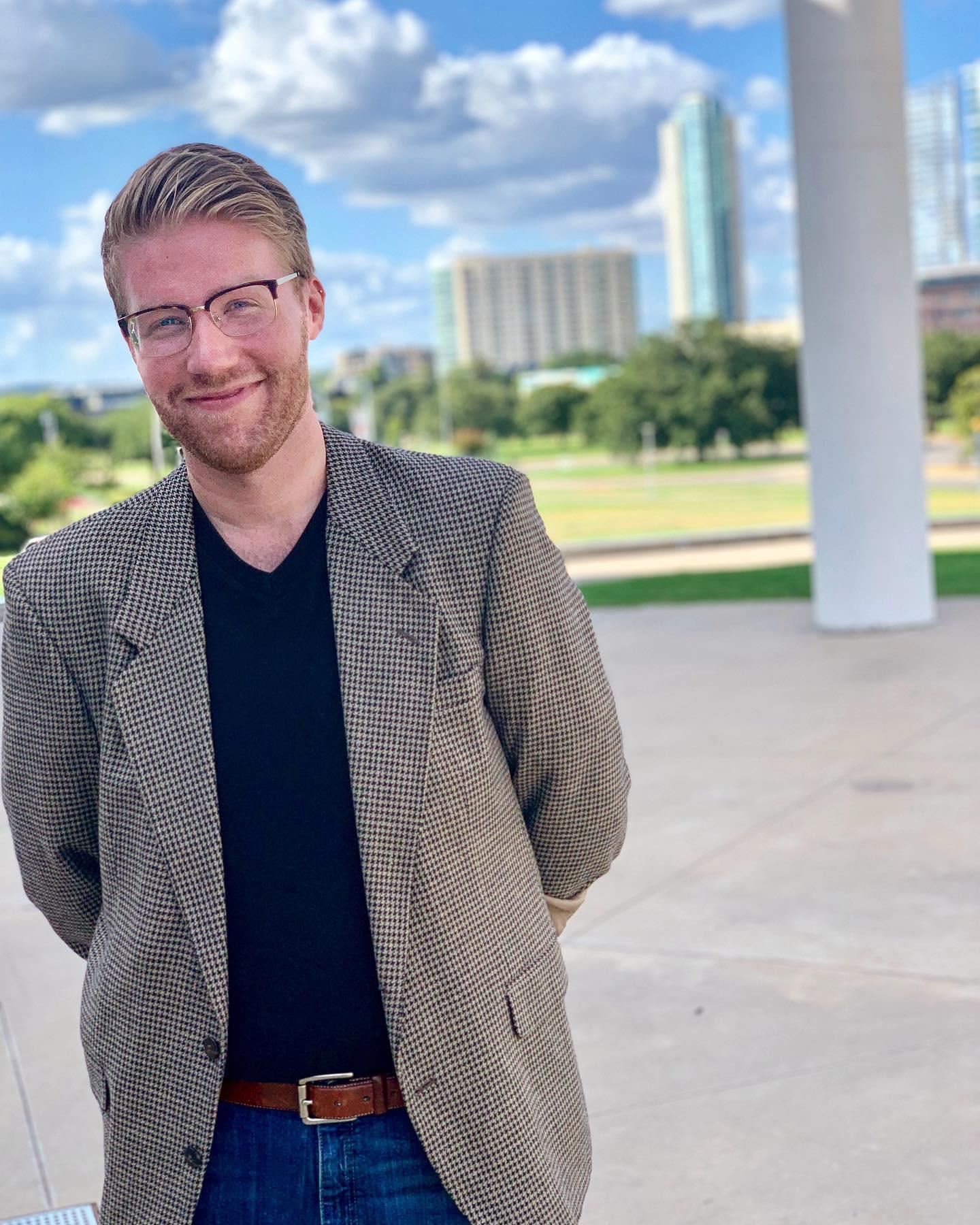 Mr. Young was raised outside of Houston in Friendswood, Texas. He started singing in choirs when he was in middle school and never stopped! He got his Associate of Arts degree from San Jacinto Community College in Houston before transferring to The University of Texas at Austin. While at UT he sang in the top choir, Chamber Singers, and studied voice with David Small. He graduated from UT was a Bachelor of Arts in Choral Music Studies.